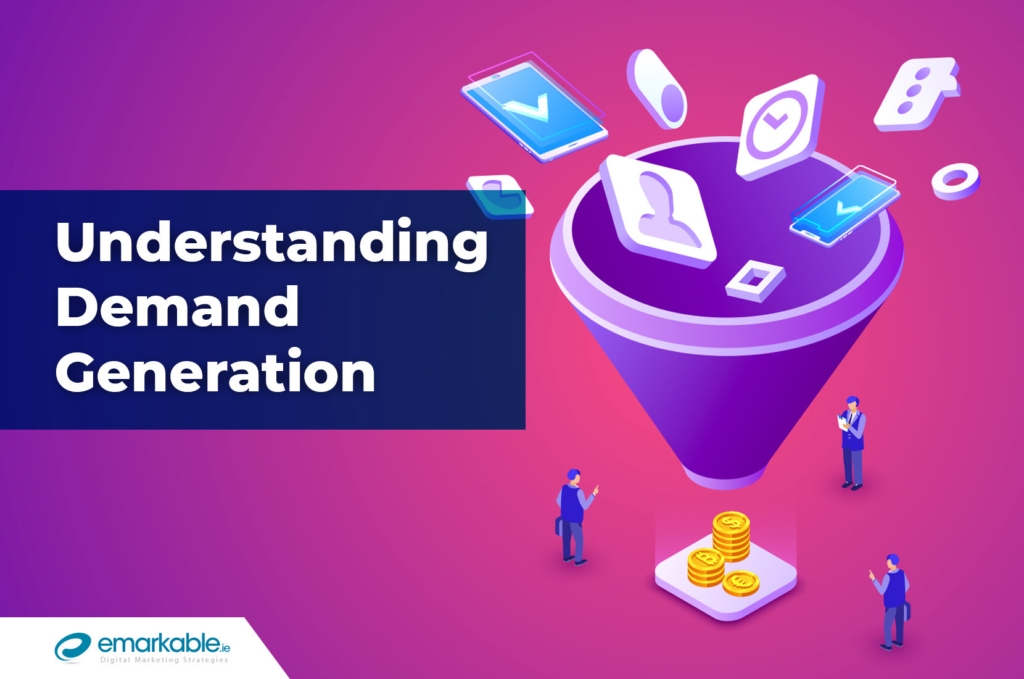 Demand generation – it sounds like something akin to a PPC ad or another form of customer acquisition marketing that drives traffic where you want it. In a sense, it is, but it is also distinct from those other tactics and strategies that you might employ.

Today’s digital marketing industry has evolved to the point that professionals can specialise in just one component of the wider sales funnel. For instance, content marketing does just that. PPC and Facebook ads are also good examples of specialisation. Demand generation is bigger than all of those – larger than the sales funnel itself in some senses.

What Is Demand Generation?

Demand generation is something of a catch-all term, but it has larger implications. It’s the name given to everything that your company does to get your potential customers’ attention, to educate them, to inform them, and to show them that you have a solution to their pain points. So, demand generation actually encompasses the entirety of the sales funnel, as well as every single touchpoint in the customer relationship, from pre-purchase to post-purchase and support.

However, there is more to it than that. Demand generation rides on top of a concept called the Blue Ocean theory, which in essence means that rather than a company fighting tooth and nail with competitors for a share of an ever dwindling pie, the company goes out and creates its own market based on a product that never existed before, rather than yet another version of one that’s been around for decades (or longer).

Let’s look at it this way. You run a profitable software company that has just created the first artificial intelligence (AI) capable of writing in the same way as human beings. Because this is an AI and not a human being, it’s an entirely new service, something never before offered. There’s your brand-new idea.

Now, you just have to generate demand for what you can offer. Because there are no other players doing the same thing, you can focus on finding the ideal fit. Rather than selling your AI in a way that would replace authors or even copywriters, you decide to specialise in serving the needs of manufacturers seeking a means to create owner’s manuals for their products, but specifically international companies with a notoriously poor command of the languages of the nations in which their product will be sold.

To help draw attention to what your AI can do for these businesses, you would embark on marketing designed to, you guessed it, generate demand. Some of the tactics that you might employ here include:

Your demand generation strategy should be based on the creation and distribution of informative, educational content. Informing and educating your audience is a vital aspect of building generation in an industry that has never existed.

The Need to Educate and Inform

It’s essential that your demand generation activities centre on informing and educating your audience. Do not count on them being able to automatically connect the dots between your offering and their business model, either. For instance, in the example above, it would not be unreasonable to say that manufacturers might not see the value of your AI, particularly when they can simply do things the way they have always done them.

It is the job of your content to not just inform and educate, but to help highlight why your AI is necessary and how it can help manufacturers. For instance, some of the benefits that might be worth highlighting include:

What about Lead Generation?

Ultimately, demand generation is something that every business will need to deal with at some point, although to really have the best chance of success, the Blue Ocean theory needs to underpin your business model. It’s easier to build demand and incite interest in what you’re offering when you’re not competing with dozens or even hundreds of other companies doing something remarkably similar.

However, when you are able to distance yourself and create your own market, it becomes much more important to educate, inform, and illustrate for your audience that their problem exists, not just that you have the right solution to their challenge.