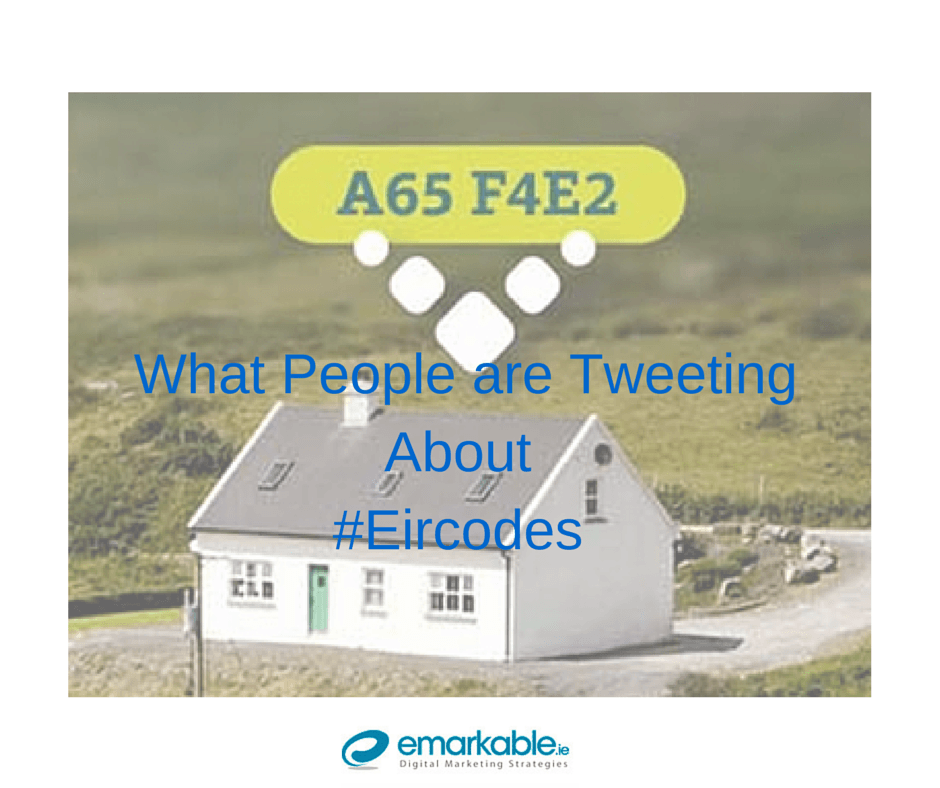 What people are Tweeting about Eircodes

What are people saying about Ireland’s New Post Code system?

After its announcement last week people are still talking about Ireland’s new post code system, Eircode. Around dinner tables, at shop counters, in offices and, of course, on Twitter, everyone has an opinion about Eircodes.

We’ve gathered together some of the most helpful and downright amusing Tweets on the subject.

Some Twitter users are informing the masses on some very useful information.

So everyone in Ireland realises that #eircodes are actually for computers and navigation systems to find addresses faster, right? — Cian Mulligan (@cimullig) July 13, 2015

One or two aren’t sold on the logic behind Eircodes

#Eircodes Dublin = the letter D. “Cork City is expected to get the letter T – while Galway to get H.” Huh? Where’s the logic in that!?

Looked at those #eircode yokes – what’s the logic? It’d be easier to memorise the Lotto results.

We recently got postcodes. I don’t think we needed em at all but at least my shipping details will look slightly better #eircode — Brosef Stachin (@brosef_stachin) July 20, 2015

Some have some very valid questions to ask

@Eircode will I be able to use the #eircode system with #SatNav. Many sources are saying no. Enlighten me.

Some people aren’t so sure where they live anymore

All these years wearing a Clare jersey…aparently it should have been a Limerick one! #eircodes #fiasco

Still not sure if the new system will benefit your business? Make sure you are signed up to our newsletter. We’ll be giving some exclusive tips and an exclusive offer. Visit our homepage and scroll down to sign up.